Sometimes it’s just serendipity. I’ve been wanting to experiment with infusing bourbon ever since fate found me sipping a “Spring Manhattan” at The Parlor in Phoenix a few weeks ago. Honeycomb and cherry-infused Woodford Reserve as the base of this cocktail PLUS anise-fennel vermouth…I was in heaven. (Though the heat on the patio seemed to suggest a different mythical destination.)

So when the CSA box arrived on our doorstep last week stuffed with rhubarb, I knew what I had to do. I procured some Woodford Reserve, sliced up a couple of stalks of rhubarb and the two became one.

Also snipped some rosemary from the backyard for a batch of savory infusion.

They say give it 3-5 days for full infusion flavor, shaking and tasting along the way. Will let you know how it turns out. 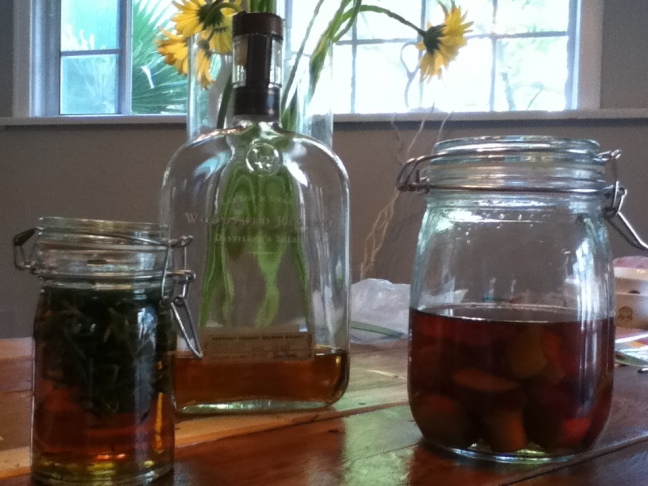 One thought on “Thirstiness: The Bourbon Infusion”