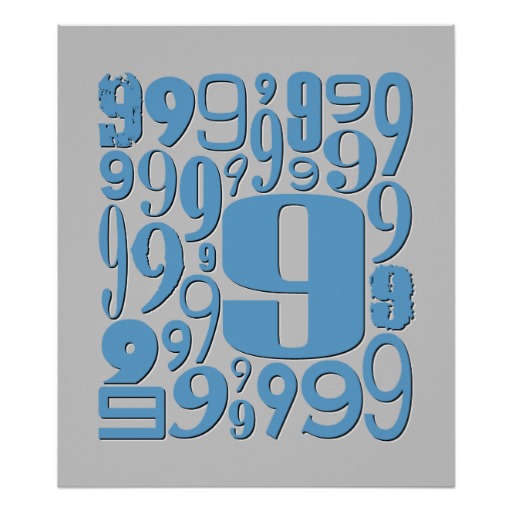 What if there were only nine symphonies? That’s the question CK Dexter Haven over at All is Yar asked himself over the holiday season, while on his way to Santa Barbara wine country. (Ah, the things we ponder while pursuing wine…)

“Nine has been a magical number of sorts for symphonies ever since Beethoven wrote that many and stopped,” CKDH wrote. (There’s also that whole curse of the ninth thing.) So, CKDH proposed making a list of nine he couldn’t live without. His ground rules included:

CKDH called this a “puzzlechallengegame of sorts.” And then he challenged me to come up with my own list.

And “fun/impossible” is exactly what it turned out to be. Nevertheless, I have done it…for now…and I absolutely reserve the right to change any or all of these at any time in the future, because I’m *not* stuck on a desert island, damn it! At least, not yet.

Symphony No. 1 – Sir William Walton. In some ways, this one was the hardest because of quantity and quality. There are more First Symphonies to choose from than any other number. There are also a lot of great First Symphonies. CKDH made a great choice with the Corigliano Symphony No. 1, which (when Gustavo Dudamel and the LA Phil played it recently) is one of the only pieces of music to leave me physically shaking, breathless, with my heart pounding out of my chest. In the end, I decided to go with a dark horse symphony inspired by getting dumped by a cheating girlfriend. (Notable snubs: Mahler, Brahms, Schumann, Prokofiev, and many others.)

Symphony No. 2 – Leonard Bernstein. Really, Rachmaninoff should go here. And I’m not entirely certain why he isn’t here. Except for the fact that every time I hear those jazz riffs in the middle of Bernstein’s Symphony No. 2, “The Age of Anxiety,” I fall in love with this unjustly neglected masterpiece all over again. Don’t know it? Here:

Symphony No. 3 – Ludwig van Beethoven. Another difficult choice here, because I don’t love *all* of Beethoven’s 3rd. But the second movement is some of the best music he wrote–that funeral march gets me every time–and what the piece represents politically means a lot to me too. (Notable snubs: Mahler, Sibelius, Bruckner, Roy Harris, Scriabin, Mendelssohn, Górecki, Copland, Saint-Saëns, Lutosławski, Schumann, Arvo Pärt.)

Symphony No. 4 – Carl Nielsen. I mean, come on, it’s called “The Inextinguishable,” for goodness sake! I absolutely love this symphony. It doesn’t mess around: it sprints out of the gate like Usain Bolt and finishes strong like Kobe Bryant (used to). Take special note of the extreme-to-the-max timpani parts in the finale.

Symphony No. 5 – Franz Schubert. More snubs here. Lots and lots of snubs. Because it seems by the time composers got to five, they really hit their stride. For example, a 19-year-old Schubert, who here teaches us that a symphony can sing a poignantly and poetically as any lied. (Notable snubs: Beethoven, Mahler, Shostakovich, Prokofiev, Sibelius, Vaughan Williams, Tchaikovsky, and many others.)

Symphony No. 6 – Peter Tchaikovsky. Almost went with Mahler here because of The Hammer, but Tchaikovsky’s 6th prevailed. It is an intensely personal testimony and, if not exactly a suicide note as some would suggest, at least a tragic manifesto from a composer who had been told by society that who he was as a human being was not acceptable. I always weep through the last movement of this symphony. Always. (Notable snubs: Mahler, Beethoven, Haydn, Philip Glass.)

Symphony No. 7 – Dmitri Shostakovich. Could’ve gone with Beethoven here, since his 7th is my favorite Beethoven symphony. But that would’ve meant I couldn’t include the greatest crescendo in the history of western music. As the German army marches on Leningrad (first heard in the distance on a single snare drum), the music grows louder and more intense until everything finally explodes. (Go with this for about 11-12 mins, or from 6:51-18:33ish.)

Symphony No. 8 – Einojuhani Rautavaara. The greatest Finnish composer to follow Sibelius (and one time composition teacher of Esa-Pekka Salonen) has been writing really wonderful symphonies for nearly 50 years. His first came in 1956. No. 8, called “The Journey,” is his most recent, from 1999. With 15 years passing since his last symphony, you don’t want to start thinking about adding his name to the list of composers who succumbed to the “curse of the ninth,” but he is 86 and in pretty frail health. We’ll be thankful for what we have from this incredible composer.

Symphony No. 9 – Gustav Mahler. With all the great ninth symphonies out there, this decision wasn’t as difficult as I thought it would be. Mahler’s Symphony No. 9 has everything. He pours every single human emotion into his music. He strongly believed in the curse of the ninth and even tried to avoid it by calling is first ninth symphony Das Lied von der Erde. He survived that, so the coast was clear for the second ninth, right? Wrong. He wrote it, started No. 10, and died before 10 was done. If you’ve never heard the ninth, I strongly recommend against grabbing a recording and putting it on the old turntable. It’s worth waiting until there’s a live performance near you that you can attend. It’s such a great symphony that, chances are, you won’t have to wait very long. (Notable snubs: Beethoven, Bruckner, Dvořák, Vaughan Williams, Philip Glass, Sessions, and many others.)

Thanks again to CKDH at All is Yar for challenging me to do this. It was very difficult and a whole lot of fun! I’d love to see what’s on *your* list of 9. Leave it in the comments…or post them on Twitter and tag me in it.