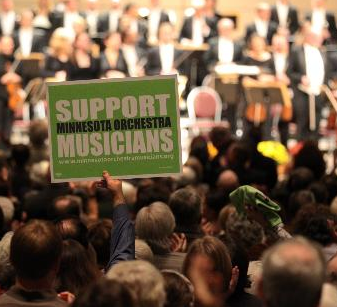 This is my version of a year-end list. There are a million blogs out there about the best classical recordings and performances of 2014. Go read them too. But for pure classical music awesomeness, this is the place. (Yeah, yeah, yeah…I know, it’s not comprehensive. So, feel free to leave more awesome classical happenings in the comments section.)

1. Opera dazzled at the Super Bowl and World Series. The People’s Diva, Renée Fleming, became the first opera star to sing the national anthem at the Super Bowl. Kansas City native–and passionate Royals fan–Joyce DiDonato did the same at Game 7 of the World Series. In both cases, viewers were treated to solid intonation, minimal improvisatory ornamentation, excellent vowel placement, and when the singers went for the high note at the end, they actually hit it. Bravi tutti!

2. Richard Strauss turned 150 years old and the world played a lot of his music. Particularly his operas. The hotbed of the Straussian bacchanalia was Dresden, which played host to no fewer than nine premieres of the composer’s operas during his lifetime. This year, various companies in Dresden presented full performances of Elektra, Feuersnot, Ariadne auf Naxos, Salome, Guntram, and Arabella. The Metropolitan Opera staged three Strauss operas and the Philadelphia Orchestra and Chicago Symphony each staged one.

3. The Minnesota Orchestra and the Atlanta Symphony went back to work. In the Twin Cities, an acrimonious lockout of 16 months ended and the management that presided over it was booted. In Atlanta, the lockout was shorter, but no less contentious as it was the orchestras second lockout in two years. (The Metropolitan Opera avoided a lockout of its own with an 11th-hour labor deal after months of fruitless negotiations.)

4. Two music directors endeared themselves to their musicians. In both of the aforementioned orchestra lockouts, the orchestras’ music directors–Osmo Vänskä in Minnesota and Robert Spano in Atlanta–sided with the musicians in the dispute. As members of management themselves, music directors usually keep silent on labor issues, but Vänskä resigned in Minnesota until a new management team was hired. And in Atlanta, Spano (and principal guest conductor Donald Runnicles) spoke out publicly against management and in support of the orchestra’s musicians. Spano: “Our brilliant and creative musicians, who need to be intimately involved in the creation of our path to the future, have been asked to leave the building — and Atlanta is left with a deafening silence.” Runnicles: “[The lockout is] a one-sided attempt to force the orchestra to its collective knees.”

5. Some guy on Slate tried to say that classical music was dead and classical music responded in spectacular fashion. The best smack-down was this infographic from Proper Discord. (And, no, I’m not linking to that stupid Slate article because I don’t want to help increase its pageviews.)

6. A music festival in Scotland commissioned a giant portrait of Franz Schubert in the sand. Unlike the composer’s 8th symphony, the sand artist finished it. How awesome is this?

7. Classical-turned-techno violinist Vanessa Mae traded her electric violin for downhill skis and competed in Sochi Olympics. She finished 67th (dead last) and when it was discovered that her qualifying results were faked, she was slapped with a four-year ban by the International Ski Federation. Is this technically “classical music awesomeness”? Okay no, but it’s a pretty interesting story, right?

8. San Diego Opera closed and then it didn’t. It was drama worthy of the operatic stage: in March, the San Diego Opera’s board voted to close the company at the end of the 2014 season (its 49th), but after a passionate outpouring of support spearheaded by “Save San Diego Opera,” the board voted in May to reverse course. A new season, new fundraising initiatives, salary cuts, and lower ticket prices were announced. Opera in San Diego was saved.

9. Esa-Pekka Salonen, and his spectacular Violin Concerto, starred in an Apple iPad commercial. We watched him whistle while shaving and compose in the back seat of a taxi. We wished we were as cool as he is.

10. Yo-Yo Ma played a concert in the mall for some lucky holiday shoppers. Michael Bublé blaring over loudspeakers? Not here, not now. Speaking of Yo-Yo Ma, he also took a few moments after a recital in Boston to meet backstage with members of Youth Orchestra LA, who were touring with the LA Phil.

11. The almost perfectly-named cellist Kevin Fox solidified his badass credentials by playing his cello within mauling distance of a siberian tiger. Marketing gimmick? Yeah, probably. So? The song: a cover of Katy Perry’s “Roar,” of course.

12. The LA Phil musicians and guest conductor Charles Dutoit solidified their badass credentials by performing during an earthquake. Marketing gimmick? Hardly. A few minutes into Ravel’s Daphnis and Chloe, the ground started shaking, a number of audience members shrieked and headed for the exits, but Dutoit and the LA Phil didn’t stop the music. (There used to be audio of this on YouTube, but sadly it has been removed.) 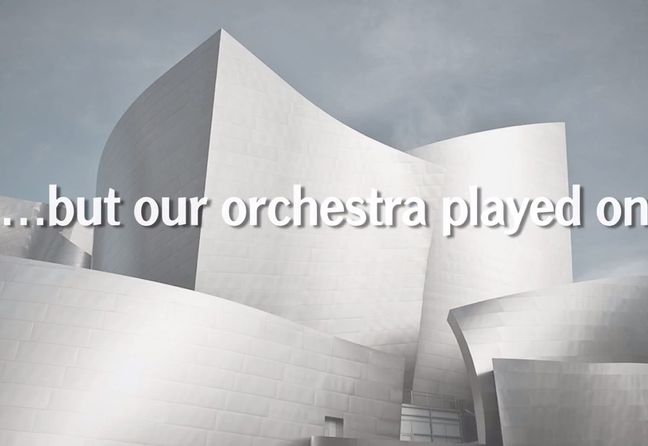 13. Someone lost a piano in the East River. It became a social media sensation.

So, here’s to all of the classical music awesomeness that took place in 2014. Cheers to more to come in 2015.