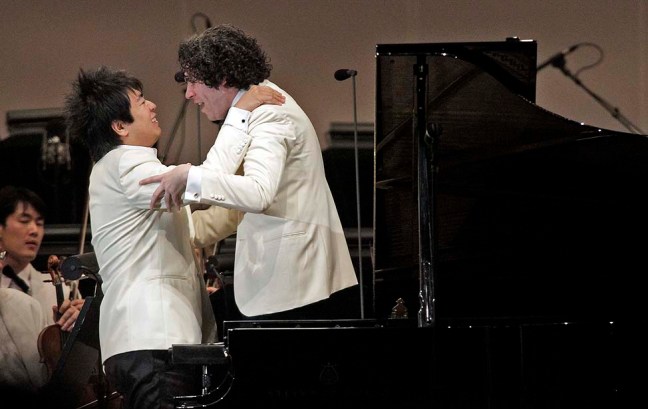 For a violinist who wanted to be a trombone player, Gustavo Dudamel sure does love his superstar pianists. Awhile back, I crunched the numbers on the LA Philharmonic’s 2013-14 season (in terms of musical eras represented).

I didn’t catch it at the time, but today while perusing the upcoming season once again, I kept running into superfamous pianists on many (most) of Dudamel’s performances with the LA Phil. Dudamel and Yuja Wang recorded an album together a year ago in Caracas, which will be released in the US next month. (It’s available internationally already.) Dudamel and Wang will appear together at Walt Disney Concert Hall just before Christmas, playing the same music they just recorded: Rachmaninoff’s Third Piano Concerto. 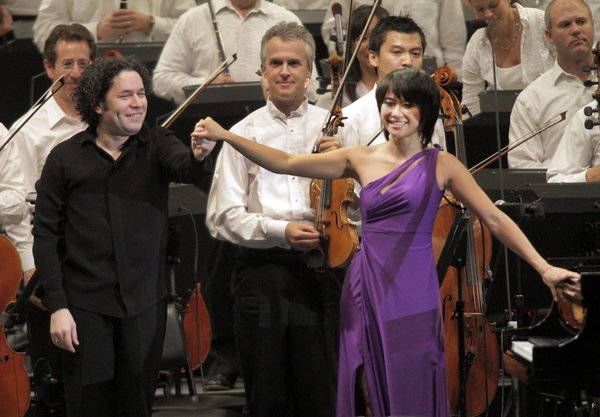 Here are all of the piano celebrities who have a date with Dudamel and the LA Phil next season:

So, of the 15 LA Philharmonic concerts Gustavo Dudamel will conduct this year, seven of them feature a keyboard superstar. Sprinkle in a Joshua Bell here and an Alisa Weilerstein there and you’ve got quite the recipe for box office success.