First of all, credit where credit is due: my puntastic colleague at KUSC, @JamiePaisley, created this, and many other, TV ad posters during our recent pledge drive. As a rabid fan of Arrested Development, this one was my favorite. And it got me thinking: what if the cast of AD were made up of classical composers?

Below, you’ll find my choices for which composer is best represented in the main characters of Arrested Development. Now…I could take this exercise deep into obscurity on either the AD or classical music side (see below), but for brevity’s sake, I’ve left it at just the main characters. So…where do I hit? Where do I miss? Let me know in the comments.

Michael Bluth – Right away, we’ll start with some controversy. Allow me to summarize how I feel about the music of Johannes Brahms in one syllable: meh. Now that we’ve gotten that out of the way, here’s why I think Michael Bluth is Brahms. I can also say it in one syllable: safe. Both are risk-averse, rarely challenge convention, and deride others who do. Plus, Brahms was a crusader against shoddy construction. “Without craftsmanship,” Brahms said referring to his rivals, “inspiration is a mere reed shaken in the wind.”

Lindsay Bluth Fünke – Lindsay is clearly Niccolò Paganini. A lot of pizazz, but not much substance. Lindsay is the hot one. Niccolò may not have been much to look at, but he could sure play. And he knew it. He once said, “I am not handsome, but when women hear me play, they come crawling to my feet.” Paganini had countless romantic escapades during his life. One rumor that went around about Paganini was that he killed a woman, imprisoned her soul in his violin, and used parts of her intestines as an eternal source of gut for his strings. The unearthly screams of women were sometimes heard coming from his violin as he played on stage. If that’s not a perfect representation of Lindsay, perhaps he’s a perfect match for her. She’s the one who tries unsuccessfully for so long to take advantage of her open marriage with someone (anyone!). An ugly, womanizing, potential murderer. Lindsay could’ve certainly hit that. Right?

George Oscar Bluth, Jr. (G.O.B.) – G.O.B is a showman. A beleaguered professional illusionist, he’s always hot on the trail of the next spectacle that can bring him fame and fortune and girls (with or without low self-esteem–he’s not picky). So, it’s fitting that his composer counterpart is a guy who hyped up his new symphony by calling it Fantastic…and an opera too massive to be fully staged during the his lifetime. That’s right, I’m talking about Hector Berlioz, who wrote his Symphonie Fantastique to get the attention of a girl. (He was unsuccessful.) And his opera Les Troyens flopped because, in Berlioz’s words, “the theater wasn’t large enough, the singers insufficiently skilled, the chorus and orchestra inadequate.” Definitely sounds like an excuse G.O.B would make. 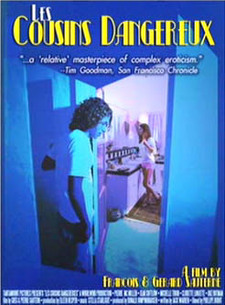 Mae “Maeby” Fünke – At age 15, Maeby produces Hollywood movies. By age 15, Wolfgang Amadeus Mozart had written 15 Symphonies and six operas. In addition to the whole child prodigy thing they both had going on, Maeby always seems to be the smartest (or most cunning) one in the room–clearly an intellectual cut above the rest of her family. So too Mozart, who often made fools of his compositional peers.

Byron “Buster” Bluth – Buster is definitely the strangest Bluth. A mama’s boy with eccentricities galore. The best composer match for Buster might be Erik Satie. His music has an innocence and simplicity that reminds me of Buster. Also–and this is more important–Satie might just out-crazy Buster. Satie always wore one of seven identical grey velvet suits–the only clothes that he owned. He founded his own religion: The Mystical Order of the Rose+Cross of the Temple and Grail. He carried a hammer with him everywhere he went to ward off potential attackers. And the clincher: he had very strange eating habits. “My only nourishment,” he said, “consists of food that is white: eggs, sugar, shredded bones, the fat of dead animals, veal, salt, coconuts, chicken cooked in white water, moldy fruit, rice, turnips, sausages in camphor, pastry, cheese (white varieties), cotton salad, and certain kinds of fish (without their skin). I boil my wine and drink it cold mixed with the juice of the Fuchsia. I have a good appetite, but never talk when eating for fear of strangling myself.”

Tobias Fünke – This is the hardest one. (Yes, I know what I did there.) As far as we know, there were no classical composers among the literally dozens of never-nudes. But there was a composer who was unable to consummate love (albiet for slightly different reasons). Ludwig van Beethoven had his Immortal Beloved; Tobias has his Imagined Boyfriends. They both have a propensity for accidental sexual innuendos. Tobias’ you know quite well. And in case you’ve forgotten, here are some of Beethoven’s best: the Oral Fantasy, Große Fu**, the Erotica Symphony, Two Bromances for Violin, and his only opera Fellatio.

George Oscar Bluth, Sr. – I’m tempted to go with Joseph Haydn here, just so I can say Pop-Pop Haydn, but I think there’s a better match. George Sr. is on the run from a special division of the government…always in a state of legal limbo. He is an unlikely tactical master, finding creative ways to circumvent the authorities. Sound like any composers you know? That’s right, Dmitri Shostakovich, who repeatedly ran afoul of Soviet cultural censors…regularly being accused of formalism in his music. But he managed to find a way to write music that was both deemed “acceptable” by the Soviet authorities, but also held up as legitimate musical art. Plus, Shostakovich loved ice cream sandwiches.

Lucille Bluth – I was going to go with Richard Wagner here, mainly on the basis of a quote from a horn player in the orchestra at the first performance of Parsifal. “He drinks so much, and strong liquor at that, that he is permanently intoxicated.” A statement that could just as easily apply to Lucille, who always seems to have a drink in her hand. But then, a lot of great composers were alcoholics (or worse). There needs to be a deeper connection here than just booze. Which is what led me to Igor Stravinsky. Not only because of the love they each share for vodka (and other spirits), but because Igor and Lucille each share a unique talent for acerbic turn of phrase. Stravinsky’s music often has a biting quality to it…and so do his words. Igor: “Too many pieces of music finish long after the end.” Lucille: “She thinks I’m too critical. That’s another fault of hers.” Igor: “Why is it that whenever I hear a piece of music I don’t like, it’s always by Villa-Lobos?” Lucille: “I’d rather be dead in California than alive in Arizona.”

So there you have it. Your Arrested Development main characters as classical music composers. As I said before, I could take this all the way down to the most minor of characters…

Annyong as Philip Glass – Pretty much all he ever says is “Annyong.”

Larry Middleman is Franz Süssmayr – If you don’t get it, click on the links.

…but I’ve gotta get back to Season 4.