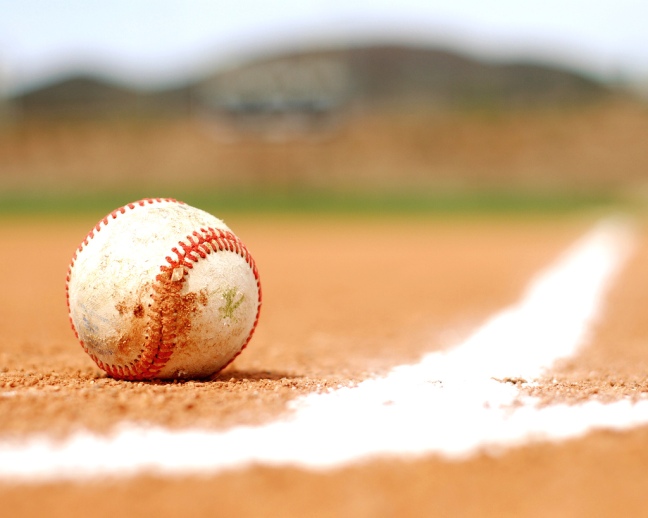 With Major League Baseball’s League Championship Series getting underway this weekend, we find ourselves bearing witness to the best teams playing baseball at the highest level under the most pressure-packed circumstances. To me, that always sounds a lot like what goes on year round in concert halls across the country. That big clarinet solo in Ravel’s Daphnis et Chloé: not unlike a seventh-inning at-bat with two outs and runners in scoring position. 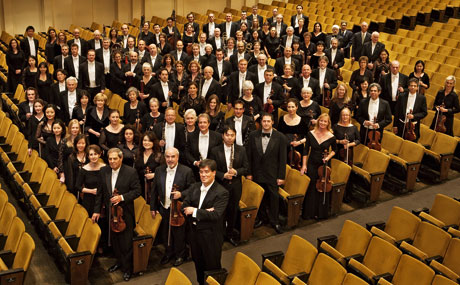 And so this time of year, my thoughts turn to the final four MLB teams vying for that ever so elusive World Series championship…and their respective cities’ symphony orchestras. What a crop we have this year! New York, Detroit, St. Louis, and San Francisco are all cities known for great hometown orchestras. But which one would you cheer for the loudest? A perennial power? A beleaguered veteran reasserting itself? A small-town hero with a rich pedigree? Or a young(ish) upstart intent on charting a new course?

I say let’s put it to a vote. Detroit vs. New York; St. Louis vs. San Francisco. The winners will meet in the Orchestra World Series. 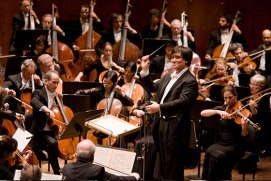 You can certainly make the case that the New York Philharmonic is the is the orchestral world’s version of the Yankees. They’ve got history and tradition in reserve: former music directors include Leonard Bernstein, Gustav Mahler, Pierre Boulez, and Arturo Toscanini. (Think: Babe Ruth, Mickey Mantle, Joe DiMaggio, Lou Gehrig…) But the NY Phil plays in a terrible hall and many critics fault them for staid, conservative programming. Still, current music director, Alan Gilbert (whose mom is a violinist in the orchestra), is attempting to rehab that image. 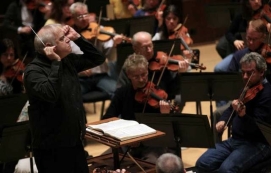 The Detroit Symphony certainly has its share of problems, not the least of which was a recent labor dispute that forced the cancellation of part of the 2010-11 season. But for the first weekend back in the concert hall, management scheduled a series of free concerts–an important move in a city that is bearing the brunt of the tough economy. Music director Leonard Slatkin is largely seen as a smart programmer who will revitalize this once proud orchestra. 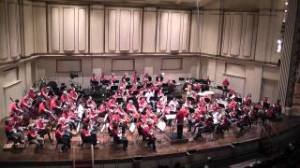 In baseball, the St. Louis Cardinals are the defending champions. Last year, they qualified for the playoffs on the last day of the season. This year, they snuck into the postseason on the penultimate day of the regular season. After beating the Braves and Nationals, they are once again the favorites to vanquish the Giants and return to the World Series. Similarly, the St. Louis Symphony is a sneaky powerhouse of an orchestra, with the perfect combination of history and tradition (America’s second-oldest orchestra) and forward-looking programming. Credit music director David Robertson, whose emphasis on today’s music is keeping butts in the seats and budgets in the black. 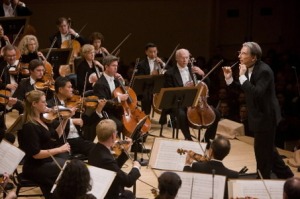 Life is good in San Francisco sports right now. The Giants, who won the World Series a couple years ago, are back in the NLCS; the 49ers are one of the top three teams in the NFL. In orchestral life, things might be even better by the bay. Under the leadership of music director Michael Tilson Thomas, the San Francisco Symphony has become a model for what a 21st century orchestra can be. Interesting programming, excellent performances, and MTT’s commitment to music education are the primary ingredients of the SFS’s success.